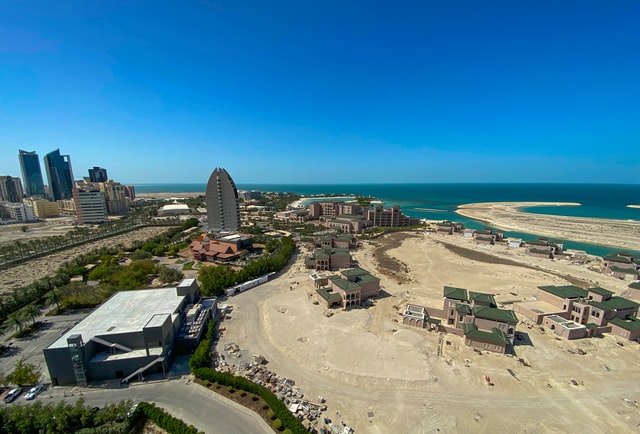 Places to visit in Bahrain

Bahrain is famous for its gorgeous pearls which used to make their way all over the world from its bustling ports. Contrary to popular belief, it was these precious jewels from the sea that first made this Middle Eastern hub rich, rather than its more famous oil. In recent times however, this liquid black gold has taken over and Bahrain has become known less for its aquatic gems and more for its oil refineries.

As this business has progressed however, the oil is being drained from the arid lands of Bahrain at a startling rate, and this little old island is now having to look for new income streams to stay ahead of the game. Just some of these include two major players in the form of banking and tourism.

The first of these is not very relevant to visitors to this island, but the second is a great addition to Bahrain’s portfolio. With this in mind, people flock to Bahrain despite a downturn in tourism in the Middle East as a result of the Arab Spring, and it remains a popular place for those looking for an exotic enclave with lots of interesting and engaging attractions.

Thousands are now visiting Bahrain to see the crumbling ruins of the old Dilmun civilizations, the mighty fortress of Qalat Al Bahrain, the famous scuba diving sites, and the quaint desert towns and craft centers that dot the country.

Manama
At first glance Manama might not seem very exciting, and you may write it off as just another gilded metropolis that can be found all across the Middle East.

If you explore beneath the shimmering buildings however and the steel-grey skyscrapers that line the Corniche al-Fateh, you will find an exciting Arabic city that has a rich history and engaging culture.

Some of the great highlights in Manama can be found in the throbbing souks where you can discover spices, pearls, and exquisite carpets, and you can also take a trip to the Bahrain National Museum to learn all about the Portuguese and Persian past of this city.

If you so desire, you can also find swish shopping malls aplenty, as well as luxury resorts that nestle along the Gulf Coast.

Riffa
Riffa is located in the heart of Bahrain and it used to be the largest city in the country, before being usurped by its big brother Manama.

As a result, this town is full of old world character and you can see ancient sights such as the great Riffa Fort which has amazing crenulated bulwarks and antique court rooms.

You will also find winding shopping streets as well as authentic Arabic bazaars which make this a great spot to pick up some trinkets like pearl necklaces and Middle Eastern spices.

As you would expect, the modern mixes with the ancient here, and one of the most famous golf courses in the Middle East is also found in Riffa.

Juffair
The Amwaj Islands are an archipelago off the coast of Bahrain and present a lesson in Middle Eastern opulence.

The islands are made, as is often the way here, from 100% reclaimed land and you will find spectacular whitewashed towers here as well as luxury apartments.

There are billionaires’ yachts bobbing on the private jetties and some of the best beaches in Bahrain are found here.

These include the enclaves around Tala Island which feature pristine sands and azure lagoons that are perfect if you want to take a dip while enjoying the moneyed surroundings.

Amwaj Island
The district of Juffair is sometimes thought of as just another extension of the urban sprawl in Manama, but actually this used to be a completely separate part of Bahrain.

One of the main reasons to come here however is to see how rapidly this city is developing as new towers pop up here every year and you will find some top class eateries as well as a wealth of accommodation options.

It is also the home of American Alley which, as the name suggests, is an expatriate area of Manama famed for its bars and fast food restaurants.

Muharraq
Muharraq dates from the Dilmun Civilization but it was the Greeks that brought real prosperity to this northern city in Bahrain when they began a series of powerhouse trade routes here.

It used to be the capital of Bahrain but nowadays Muharraq is the entry and exit point of Bahrain as it is also the home of Bahrain International Airport.

As well as being the main transport hub however, this city also has its own distinct charm.

This can be found in the traditional souk area where you will find a wealth of cafes with hookah pipes and mint tea, and this is also a great place to pick up some Middle Eastern trinkets.

As an aside, the local football team in Muharraq is reportedly the best in Bahrain.

Hawar Islands
The Hawar Islands sit at the southernmost point of the Bahraini archipelago and are just across the coast from neighboring Qatar.

These islands are uninhabited, although this is mostly due to the fact that this is one of the most arid parts of Bahrain and as such sourcing water is difficult.

One reason to come here however is for the birds as this is the home of the rare and endangered Socotra cormorant which can often be found wandering along the shorelines.

As well as birds, wildlife lovers can also spot the occasional Arabian Oryx.

Isa Town
Isa Town, at first glance, may look like it is simply made up of whitewashed villas and luxury homes.

Scratch below the surface however and you will find an active marketplace full of colorful bazaar stalls selling fabrics and traditional Bahraini handicrafts.

This is also a great spot to pull up a chair at a local cafe and enjoy a glass of mint tea and listen to the locals chatter away.

If you like football, then this is also the home of the colossal Bahrain National Stadium, the largest football venue in the country and it gets very crowded on match days.

Hamad Town
Some of Bahrain’s cities are ancient wonders, while others are more modern, such as Hamad Town which dates from the 1980s.

Located 18 kilometers outside of Manama, it was meant to serve the crowds of commuters working in this already crowded capital city, so with that in mind it is easy to make the trip out here.

The town is famous for its wacky roundabouts that dot the horizon as well as the Bahraini Formula One circuit which is located close by.

Zallaq
Zallaq hugs the western coastline of Bahrain and you will find limpid turquoise lagoons and date palms dotting the shore.

This part of Bahrain is famous for the white sands of Al Jazaer Beach and here you will find a shimmering arc which is also one of the best-loved public beaches in the region.

Water sports are popular here including jet skiing and kite surfing and there are barbecue pits all along the beach.

A’Ali
Located between Isa Town and the western coast of Bahrain is the lovely little backcountry village of A’Ali.

The village is known for being the arts and crafts hub of the region and is particularly famous for its pottery.

One of the best things to do here is to wander down to the local bazaar and explore the ceramic shops while watching the locals work on this stunning craft.

Once you have picked up some souvenirs, make sure to head out of town to the famous Dilmun burial mounds that are located nearby and date back 5,000 years.

Al Jasra
You can keep searching for gorgeous handicrafts at the village of Al Jasra which sits at the crossroads of King Fahd Causeway and the straits of the western coast of Bahrain.

This area is known as one of the heritage heartlands of the region and is a great arts and crafts hub long with A’Ali.

Here you will find weavings, pottery, and other traditional crafts that make great souvenirs or gifts.

After you have finished shopping, another key sight here is the Al Jasra House which was the former summer residence of Shaikh Salman bin Hamad Al Khalifa and is known for its glowing coral stonework.

Qal’at Al Bahrain
This UNESCO World Heritage Site in Bahrain pokes it head above the dusty desert dunes to the west of Manama.

Much of the fortress dates from a 6th century citadel that was used by the Portuguese but some of the larger mounds that have been excavated show that the site was occupied as far back as 2,300 BC. If you are a history buff then this is definitely one place in Bahrain not to miss.

Sitra
The island of Sitra sits in the Persian Gulf and is located on the eastern edge of Bahrain.

The island is used by oil companies as well as local fisherman, so it is an interesting place to witness two sides of Bahrain working in unison.

There are agricultural villages here like Al Kharijiya and Mahazza and you can also use this spot as a stepping stone to the Al Dar archipelago which has palm-fringed beaches and little seaside eateries galore.

Saar
Saar is close to Manama but also far enough away to give off a peaceful and less hectic atmosphere.

The area is known for the summer houses of the rich and famous of Bahrain but this is not the only thing of note here.

The area is also known for its delicious cafes and coffee houses as well as a host of fine dining options.

If you are looking for some historical sites, then you will also find these in Saar in the form of early Dilmun settlements which are famous for their metalwork and copper ore artifacts from millennia gone by.

Al Areen
The area of Al Areen is covered in hotels and boutique resorts, but accommodation is not the only thing that it has to offer.

Instead, it is also known for its wildlife reserve which sprawls over seven square kilometers and is nestled in the southwest of Bahrain.

Here you will find a wealth of fauna including Arabian camels, springbok, Nubian gazelles, and Arabian Oryx. 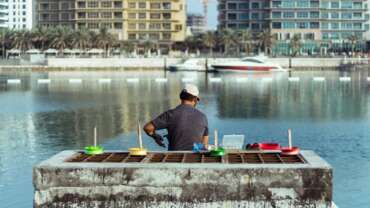 Beach culture in Bahrain comes in the form of Beach Culture itself, a natural water sports centre. None of their activities are motorized…. 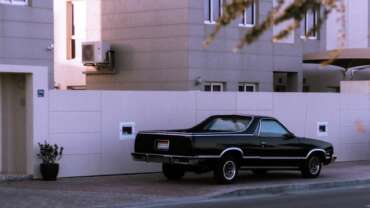 Located in the business district of Seef, the Al Aali Shopping Complex, with its plush environs, sophisticated atmosphere and abundance….