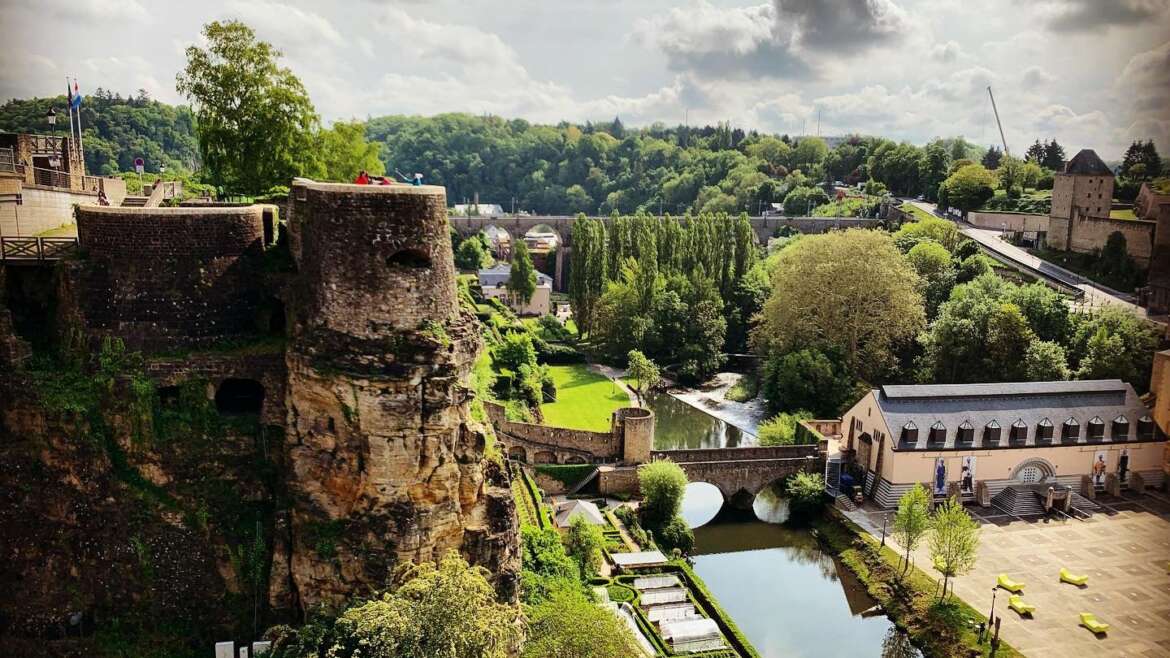 The country of Luxembourg invites you to discover their three fabulous cultural sites, all registered on the UNESCO world heritage list.

The fortifications of the Old City of Luxembourg and its ancient quarters have been part of the UNESCO Cultural World Heritage since 1994. This urban unity joins the historical, medieval, classical and contemporary architectural styles like nowhere else. The capital’s old city, located around the “Bock”, highlights the 1000-year-old history of the fortress. Famous international architects and the military engineer Vauban, contributed over the centuries to the development of the fortification to such an extent that it was referred to as the Gibraltar of the North. The remains can still be visited today and are a unique tourist attraction in Europe with 17 km underground tunnels which can be partly accessed from two different locations in the centre of Luxembourg. And don’t forget to stroll over the Corniche which offers panoramic views of the historic sites and the modern buildings, monuments and European institutions at the Kirchberg district. The capital city of Luxembourg, with its winding valleys, watercourses, bridges and majestic architecture, reflects the mosaic of different styles so typical for the Luxembourgish country and culture.

The photo collection “The Family of Man”, curated by the world known photographer Edward Steichen, has been registered by UNESCO in the Memory of the World Register since 2003. His pictures have one important message: the unity of the people. The exhibition has toured the world for years before being permanently installed at the castle of Clervaux and being recognized by the Unesco organisation.

Finally, the famous dancing procession of Echternach (hopping procession), taking place on Whit Tuesday and uniting a national and international public, was recognized as a UNESCO immaterial cultural heritage in 2010. When Willibrord, the founder of the local Benedictine monastery died in 739, pilgrims flocked to Echternach to pay homage to the missionary. The first testimonials go back to the 11th century. The abbey museum highlights the life and deeds of holy Willibrord.

Since October 2020, the Minett has officially bears the UNESCO “Man and Biospere” label.

Hopping procession of Echternach
Echternach, already famous for its Benedictine abbey founded by St. Willibrord (698), which experienced its days of splendour in the Middle Ages thanks to its gold illumination studios, owes its world renown to its or Hopping Procession. Every year on Whit Tuesday, thousands of pilgrims and spectators gather to participate in this unique cultural phenomenon in honour of the abbey’s founder. The procession takes them to the tomb of the patron saint located in the crypt of the papal basilica in the heart of the abbey city of Echternach.

But what exactly is a hopping procession?
The first time that Echternach was mentioned in history books was with the arrival of the monk Willibrord in 698. He built a new church and a monastery and spent his final years in Echternach. After his death in the 8th century, he was buried in the church built by himself.

Soon after his death, pilgrims started to arrive to hear the miracles which had happened at his tomb. As more and more pilgrims arrived in Echternach the church had to be enlarged and his tomb had to be placed in the centre of the choir.

The first written reference of the hopping saints goes back to 1497 but as it refers to something quite routine, the origins must be from much earlier. The source of this particular custom goes back to the 16th century, when male pilgrims from Waxweiler started performing a hopping dance on the way to Echternach to present their offerings for the Whitsuntide holidays. Only since the end of the 18th century, the procession has been open to women as well.

Nowadays, musicians, prelates, abbots, bishops and 9.000 pilgrims from all over Europe, mostly dressed in white shirts and dark trousers, hop to a polka melody through the medieval streets of Echternach to the crypt past St. Willibrord’s tomb.

The hopping step is sideways and forward. As you have to hop on the spot during a halt, some people thought that the procession was drifting backwards and forward, which is why some believed this to be the original dancing form and why some groups started hopping this way in the 19th century until it was banned during the Second World War. Since 1945, the original sideways and forward step has been in use again.

The purpose of the procession can be seen as an expression of joy or a prayer: a form of communication between man and God which involves body and spirit. It may also be seen as a sign of human joy, inspired by the love of God. To find out what it means for you, try it out!

This special event was recognized as Intangible Heritage by the UNESCO in 2010.

In the museum of the baroque abbey, the information and documentation centre of the hopping procession, and the lapidary museum, visitors and pilgrims can see the distinctive features of the basilica, the abbey, its scriptorium and the procession whose origins have been lost in the mists of time.

Luxembourg, old quarters and fortifications
Experience history
Immerse yourself in the living history of the UNESCO-protected Luxembourg Old Town. It has enjoyed world heritage status for exactly 25 years.

Luxembourg is full of life. With its international flair and the many languages that echo through its streets, it is a modern, vibrant city. Yet at the same time Luxembourg is a place in which history is very much a sensory experience. The remains of the old fortress, the “Gibraltar of the North”, from which the city and country were defended in times gone by, are to be found everywhere. A view of the mighty walls from the leafy Grund district, while strolling along the Alzette past the Neumünster Abbey, is especially beautiful. From this vantage point one can look up at the impressive Bock cliffs, one of the most important UNESCO sights. The subterranean casemates are the longest in the world, with windows carved out of the stone at regular intervals.

Nowadays, the structural witnesses of this defensive past blend harmoniously with the cityscape. Many of them have undergone a metamorphosis. For example, you need to take a closer look and explore the interior to discover the fortress walls beneath the Villa Vauban built in the classical style in 1873. Today’s art museum is surrounded by a lavishly laid out magnificent park, which invites you to stroll and breathe deeply.

A visit to the Dräi Eechelen Museum in the vicinity of the Mudam Contemporary Art Museum is a trip into both past and present at once. In turn, the latter building is a symbiosis of past and present. Surrounded by fortress walls, the museum itself is a modern and impressive edifice by star architect Pei, with exhibition rooms bathed in light, showcasing contemporary art.

One thing is evident in Luxembourg: the UNESCO World Heritage remains are not redolent of a museum but rub shoulders with modernity. A city characterised by tolerance and conviviality, it is a city that is “Naturally Europe”.

At the heart of the world heritage site is the “UNESCO Visitor Center” in the Lëtzebuerg City Museum, a place for immersing oneself in UNESCO world cultural heritage history, its significance and distinctive features. Displays, some of them interactive, show the protected Old Town and Fortifications. Anyone looking out of the window can compare models and drawings directly with reality. And anyone completing the 2.5 km long UNESCO Old Town and fortress walking tour can experience the world heritage site in less than 90 minutes.

The southern region is characterised by a high level of biodiversity. From now on it can be called Minett UNESCO Biosphere as it is now part of a prestigious international network of more than 700 biosphere reserves in 124 countries, whose quality is officially recognised by the UNESCO Man and Biosphere label.

The Family of Man
What is humanity? The Family of Man exhibition
What does all humanity have in common? This, no less, is the ambitious theme of The Family of Man. It is a famous and moving exhibition of photographs that has been on the UNESCO World Documentary Heritage list since 2003. It is a manifesto for peace between people. The exhibition consists of 503 pictures by 273 photographers from 68 countries, including Robert Capa, Henri Cartier-Bresson, August Sander and Dorothea Lange. Curated by Edward Steichen and first displayed at the Museum of Modern Art (MoMA) in New York in 1955, the exhibition has had its permanent home at Clervaux Castle since the 1990s.

The Family of Man
What is humanity? The Family of Man exhibition
What does all humanity have in common? This, no less, is the ambitious theme of The Family of Man. It is a famous and moving exhibition of photographs that has been on the UNESCO World Documentary Heritage list since 2003. It is a manifesto for peace between people. The exhibition consists of 503 pictures by 273 photographers from 68 countries, including Robert Capa, Henri Cartier-Bresson, August Sander and Dorothea Lange. Curated by Edward Steichen and first displayed at the Museum of Modern Art (MoMA) in New York in 1955, the exhibition has had its permanent home at Clervaux Castle since the 1990s. 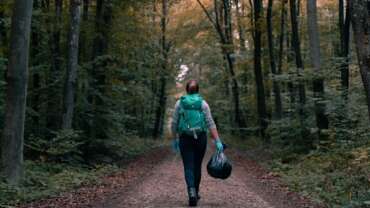 With plains and forests, lakes and rivers, the landscapes of Luxembourg are as charming as they are fascinating. And there is no better…. 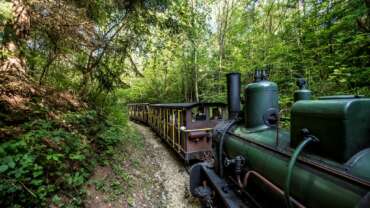 Amateurs of sports holidays will find a plethora of leisure activities to accomplish whilst in Luxembourg. From climbing and cycling…. 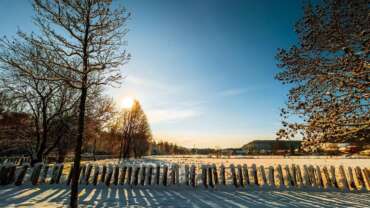 It is not only during the daytime that Luxembourg offers beautiful experiences and enjoyable discoveries; you’ll find yourself spoilt…. 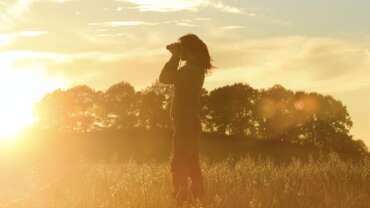 Great champions, like Charly Gaul, nicknamed “Angel of the mountains”, stood out in the world’s most prestigious races…. 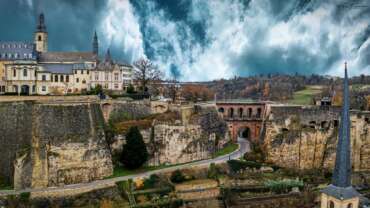 With its numerous exhibitions and museums, fabulous architecture, castles and fortifications, Luxembourg combines an incredible…. 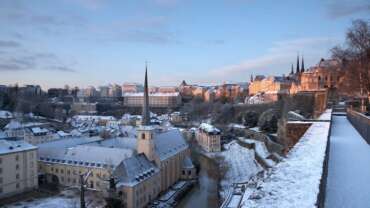 Luxembourg is the perfect place for you with more than 50 castles and picturesque villages. Most of the castles have been restored….