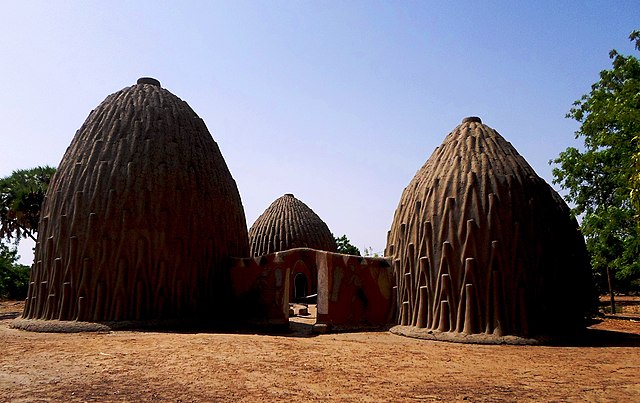 Rwanda -Discover the Land of a Thousand Hills!

Known as the land of a thousand hills, Rwanda’s stunning scenery and warm, friendly people offer unique experiences in one of the most remarkable countries in the world. It is blessed with extraordinary biodiversity, with incredible wildlife living throughout its volcanoes, montane rainforest and sweeping plains.

Travellers come from far and wide to catch a glimpse of the magnificent gorillas, yet there is so much more to see and experience.

Pre-colonial Rwanda
The area that is now Rwanda is believed to have been initially settled by the Twa, who were closely followed by the Hutu, probably sometime between the 5th and 11th centuries, and then by the Tutsi beginning in the 14th century. Tutsi traditions trace the birth of the Rwanda kingdom to the miraculous feats of its founding hero, Gihanga, whose coming to Rwanda is said to coincide with the advent of civilization. A more historical appraisal, however, would emphasize a long process of Tutsi migrations from the north, culminating in the 16th century with the emergence of a small nuclear kingdom in the central region, ruled by the Tutsi minority, that persisted until the arrival of Europeans in the 19th century. Because of this, Rwanda differs from most countries in sub-Saharan Africa in that its general boundaries were not drawn by European powers but reflect the fully established nation-state that existed until the introduction of German rule.

Rwanda under German and Belgian control
From 1894 to 1918, Rwanda, along with Burundi, was part of German East Africa. After Belgium became the administering authority under the mandates system of the League of Nations, Rwanda and Burundi formed a single administrative entity; they continued to be jointly administered as the Territory of Ruanda-Urundi until the end of the Belgian trusteeship in 1962. By then, however, the two states had evolved radically different political systems. Rwanda had declared itself a republic in January 1961 and forced its monarch (mwami), Kigeri, into exile. Burundi, on the other hand, retained the formal trappings of a constitutional monarchy until 1966.

The Rwanda revolution was rooted partly in a traditional system of stratification based on an all-embracing “premise of inequality” and partly in a colonial heritage that greatly increased the oppressiveness of the few over the many. Tutsi hegemony was unquestionably more burdensome under Belgian rule than at any time prior to European colonization. By the end of World War II, a growing number of colonial civil servants and missionaries had come to recognize the legitimacy of Hutu claims against the ruling Tutsi minority. The proclamation of the republic a year and a half before the country acceded to independence testifies to the substantial support extended by the trusteeship authorities to the revolution.

Independence and the 1960s
What began as a peasant revolt in November 1959 eventually transformed itself into an organized political movement aimed at the overthrow of the monarchy and the vesting of full political power in Hutu hands. Under the leadership of Grégoire Kayibanda, Rwanda’s first president, the Party for Hutu Emancipation (Parti du Mouvement de l’Emancipation du Peuple Hutu) emerged as the spearhead of the revolution. Communal elections were held in 1960, resulting in a massive transfer of power to Hutu elements at the local level. And in the wake of the coup (January 1961) in Gitarama in central Rwanda, which was carried off with the tacit approval of the Belgian authorities, an all-Hutu provisional government came into being. Therefore, by the time that independence was proclaimed in July 1962, the revolution had already run its course. Thousands of Tutsi began fleeing Rwanda, and by early 1964—following a failed Tutsi raid from Burundi—at least 150,000 were in neighbouring countries.

The Habyarimana era
With the elimination of Tutsi elements from the political arena, north-south regional competition among Hutu politicians arose, reflecting the comparatively privileged position of those from the central and southern regions within the party, the government, and the administration. Regional tensions came to a head in July 1973, when a group of army officers from the north overthrew the Kayibanda regime in a coup and installed a northerner, Maj. Gen. Juvénal Habyarimana. Habyarimana gave a distinctly regional coloration to the institutions of the state during his 21 years in power.

North-south polarities eventually gave way to subregional factions within the northern establishment. By 1980 the principal factions were the Bashiru and Bagoyi elements, respectively identified with the Bushiru and Bugoyi subregions. Habyarimana sided with the Bashiru faction and was the target of an abortive Bagoyi-inspired coup in April 1980. Habyarimana remained in power, reelected in 1983 and 1988 when, as the sole candidate, voters purportedly were overwhelmingly in favour of him continuing as president.

Tension between the Hutu and Tutsi flared in 1990, when the Tutsi-led Rwandan Patriotic Front (Front Patriotique Rwandais; FPR) rebels invaded from Uganda. A cease-fire was negotiated in early 1991, and negotiations between the FPR and the government began in 1992. In the meantime, revisions were made to the 1978 constitution, and the new document, allowing multiparty participation in the government, was promulgated in June 1991. An agreement between the government and the FPR was signed in August 1993 at Arusha, Tanz., that called for the creation of a broad-based transition government that would include the FPR; Hutu extremists were strongly opposed to this plan.

Ethnic groups
As in Burundi, the major ethnic groups in Rwanda are Hutu and Tutsi, respectively accounting for more than four-fifths and about one-seventh of the total population. The Twa, a hunter-gatherer group, constitute less than 1 percent of the population. Other minorities include a small group of Europeans (mostly missionaries, employees of relief and development programs, and entrepreneurs), a small number of Asian merchants, and Africans from Tanzania, Uganda, the Democratic Republic of the Congo, and elsewhere.

Social differences between the Hutu and Tutsi traditionally were profound, as shown by the system of patron-client ties (buhake, or “cattle contract”) through which the Tutsi, with a strong pastoralist tradition, gained social, economic, and political ascendancy over the Hutu, who were primarily agriculturalists. The formerly more distinct pastoral and agricultural systems have become well integrated, and nearly all farm households now engage simultaneously in crop and livestock production. During the Hutu revolution that began in late 1959, some 150,000 to 300,000 Tutsi were forced out of the country, which thus reduced the former ruling aristocracy to an even smaller minority. Since the end of the 1994 genocide, many Tutsi have returned to Rwanda to reclaim their heritage.

Languages
The country has three official languages: Rwanda (more properly, Kinyarwanda), English, and French. Rwanda, a Bantu language belonging to the Benue-Congo branch of the Niger-Congo language family, is spoken by virtually all Rwandans. It is closely related to Rundi, which is spoken in the neighbouring country of Burundi. English and French have traditionally been spoken by only a small fraction of the population, although English was designated the language of educational instruction in 2008. Swahili is widely spoken in the towns and is still the principal means of communication with Africans from neighbouring countries.

Religion
Nowhere in Africa has Christianity had a more decisive impact than in Rwanda. The Hutu revolution derived much of its egalitarian inspiration from the teachings of the European clergy, and Catholic seminaries served as recruiting grounds for Hutu leaders. More than two-fifths of the country’s population is Roman Catholic, more than one-third is Protestant, and more than one-tenth is Adventist. Muslims, the nonreligious, and members of Christian schismatic religious groups collectively account for less than one-tenth of the population.

The arts
Much of Rwanda’s traditional cultural heritage revolved around dances, praise songs, and dynastic poems designed to enhance the legitimacy of the Tutsi kingship. Since independence in 1962, another set of traditions has emerged, emphasizing a different cultural stream, identified with a Hutu heritage. Regional dances, including the celebrated hoe dance of the north, are given pride of place in the country’s cultural repertoire. Traditional crafts such as basketry, ceramics, and ironworks provide another element of continuity with the past.

Cultural Life
Holidays in Rwanda include those associated with the majority Christian population, such as Good Friday, Easter, and Christmas. The Feast of the Assumption is observed by the Roman Catholic community on August 15. Holidays celebrated by the Muslim community include ʿĪd al-Fiṭr, which marks the end of Ramadan, and ʿĪd al-Aḍḥā, which marks the culmination of the hajj. Other holidays include Genocide Memorial Day, observed on April 7, and Independence Day, celebrated on July 1.

The west of Rwanda forms a branch of the Great Rift Valley known as the Albertine Rift. It has many unique, endemic species and is bursting with life. Chimpanzees, golden monkeys and other primates live alongside hundreds of brightly-coloured birds, orchids and butterflies. And that is only scratching the surface…

Epic Scenery
Rwanda’s dramatic vistas are endless, with a fresh perspective around every corner. Our country is full of beauty and managing to explore it all is easy, thanks to an excellent road network linking the core areas. Visitors can rest assured the country is safe as well as stunning – Rwanda was ranked the 9th safest country in the world by the World Economic Forum.

Vibrant Culture
Warm and friendly, Rwandans are also respectful, thoughtful and committed to the idea of progress, starting at the grass roots and running all the way to the top. From the ancient kingdom to the modern day, creativity is something to be celebrated, whether through traditional dance, unique architecture or works of art.

Responsible Tourism
As guardians of many iconic species, Rwanda is committed to safeguarding their existence within the four National Parks. We are constantly working to ensure we can live in sustainable harmony with our environment, with a clean and green mindset. We banned plastic bags in 2008, and our lands are possibly the cleanest in Africa thanks to efforts throughout every community.

Ten percent of the income derived from gorilla, safari and other tourist permits, as well as park fees, is spent in partnership with local communities to change lives for the better. 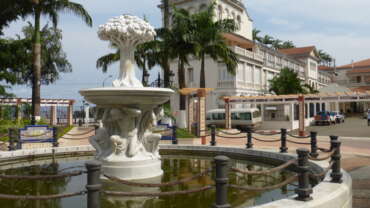 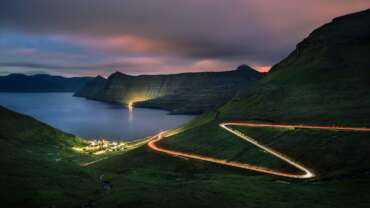 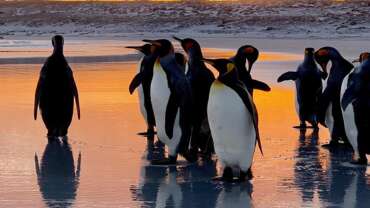 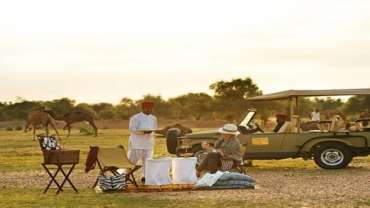 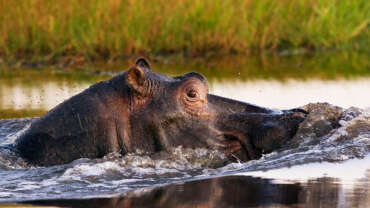 The land of the legendary African walking safari, Victoria Falls, the wild Zambezi River, abundant wildlife, and raw wilderness, all in one friendly country. 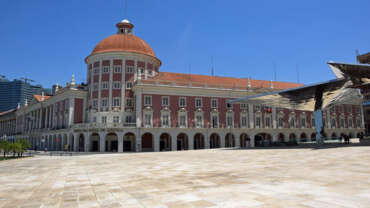 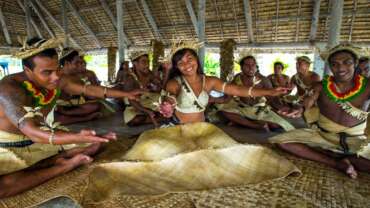 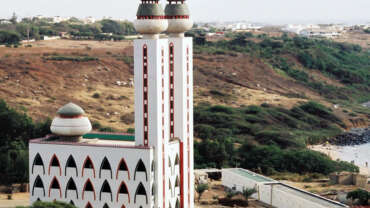 Senegal, officially the Republic of Senegal, is a country in West Africa. Senegal is bordered by Mauritania in the north, Mali to the east, Guinea to the southeast, and Guinea-Bissau to the southwest. 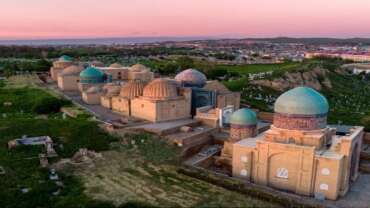 Uzbekistan is a Central Asian nation and former Soviet republic. It’s known for its mosques, mausoleums and other sites linked to the Silk Road, the ancient trade route between China and the Mediterranean.