Dadra and Nagar Haveli and Daman and Diu Tour Packages

The Union Territory of Dadra and Nagar Haveli lies near the western coast of India and consists of two separate parts. Of these, Dadra is surrounded by the state of Gujarat, and Nagar Haveli lies on the border of Maharashtra and Gujarat. The territory has hilly terrain especially towards the north-east and east where it is surrounded by ranges of Sahyadri Mountains (Western Hills). River Daman Ganga and its three tributaries cut across this territory. The most prominent tribes are Dhodia, Kokna and Varli, with small groups of Koli, Kathodi, Naika and Dubla scattered across the territory.

On 11 August 1961, it became a part of the India and was announced to be a Union Territory. As it shares borders with both Gujarat and Maharashtra, the languages spoken here are Gujarati, Hindi, Marathi, Konkani, Bhilodi and Bhili.

Diu is a tiny island of breeze and beauty in the Western coast of India. The climate here is pleasant throughout the year making it an all season tourist spot. Diu was a Portugese colony till 1961 and now a Union Territory separated from Goa in 1987. This has been an important trading post and naval base of armies for centuries in the past.

A perfect blend of the Sun, Sand and Sea this serene island is situated off the tip of Saurashtra peninsula of Gujarat. Lapped by the Arabian sea Diu has some superb beaches and a fascinating history of the colonial past. The branching palms of Diu, known as Hoka trees were introduced by the Portugese from faraway of Africa!! The historical Portugese monuments, the golden beaches, unpolluted blue water, various water sports and friendly people make Diu a perfect gateway at any time of the year.

Nestling near the mouth of Damanganga River as it embraces the Arabian Sea, the Union Territory of Daman is easily your dream destination. Its picture postcard loveliness never fails to charm the innumerable tourists who visit here. Far from the madding crowd, its beauty, variety and tranquillity weaves a unique magic on the traveller. This picturesque fort town has retained its old world charm, vestiges of the Portuguese colonial rule from 1531 to 1961.

Even today history whispers through the walls of its forts and churches. A beautiful lighthouse, fort, beach, churches and proximity to Mumbai and Surat make Daman a convenient gateway. Sun, sand, surf and life at languorous pace, Daman is a place to slow down and relax. Daman is best in the winter, though a monsoon visit with greenery around the city and approaching roads is wonderful. Recently, a helicopter service is connecting Daman and Diu, which is added attraction for visiting both the places.

Dadra and Nagar Haveli and Daman and Diu Tour Packages

Dadra and Nagar Haveli is a region in western India. It is composed of two separate geographical entities: Nagar Haveli, wedged between Maharashtra and Gujarat, and, 1 km to the northwest, the smaller enclave of Dadra, which is surrounded by Gujarat. 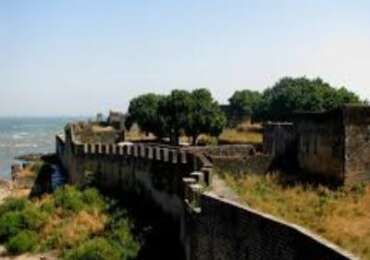